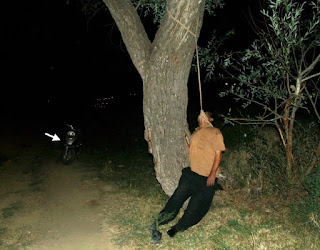 It is really a challenging period for the print media. A delta based newspaper and magazine publisher has  been reported to have taken his own life.

Punch gathered that the publisher, who resided in Achalla Layout area of Asaba, took his life in anguish following the advent of poor sales in his newspaper business. A suicide note he allegedly left behind.
"I cannot stay alive suffering when nobody is helping me.
"Even my wife and children abandoned me and sales in my newspaper business have been very poor.”

Reacting to the incident, his wife denied the allegation.She described the claim as untrue, insisting that her husband took his life when it became obvious he was lazy and was criticised by his friends and relations.

The Commissioner of Police in Delta, Baba Usma, said the police had interrogated the wife and daughter of the deceased.
He added that the body of the publisher was found dangling from a tree branch behind his house.

The late publisher’s son, Frank, who spoke to our correspondent, said,
“I knew my mum and my sister contributed to what my father did,
and that was what I told the police. And anytime my father tried to complain, my mum and sister would shut him up after they had allegedly lavished the N300,000 he took from a cooperative society as loan.”
on August 30, 2015