There’s An ‘influx’ Of Boko Haram Into Lagos, DSS Reveals 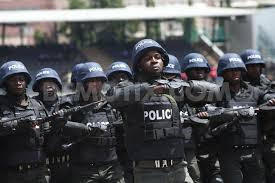 There is a “sudden influx” of Boko Haram members in Lagos, while the sect’s cells are now present in Plateau, Gombe and Enugu states as well, the department of state services (DSS) revealed on Sunday.

According to the service, the spread of the insurgent group to the south is due to the intense pressure being put on them in the northeast of the country. The state police also revealed that some of the sect’s commanders had been rounded up in Lagos and Enugu.

“In line with the Department of State Services’ (DSS) re-strategised counter-terrorism measures to combat the menace of the Boko Haram insurgency in Nigeria, the service has continued to make significant breakthroughs in this direction,” it said through Tony Opuiyo, its acting spokesman.

“This followed the rounding-up of notable commanders and frontline members of the notorious group from different parts of the country. It should be noted that the group’s new pattern of movement and spread is necessitated by the pressure being put on them in their core areas of strength in the north east.


“Consequently, a number of them have been arrested in Lagos, Kano, Plateau, Enugu and Gombe States between 8th July and 25th August, 2015. Of particular note was the arrest on 8th July, 2015 in Gombe State of those responsible for the coordination and execution of the suicide attacks in Potiskum, Kano, Zaria and Jos.
on August 30, 2015