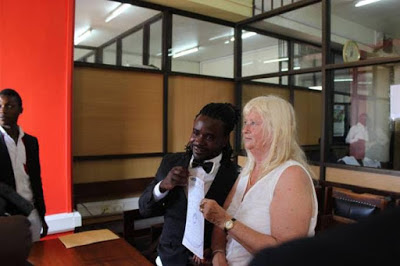 Ronald Ssemawere, a 26 year old Ugandan singer who popularly known as Guvnor Ace has tied the knot with his 68 year old Swedish lover, Mona Lisa Larsson. The wedding ceremony took place at a marriage registry in Kampala, the Ugandan capital. According to Ugandan media, Guvnor had released two singles in her honor which he titled: Mona Lisa and Mukadde. In one of the songs, Guvnor sang "The one you call elderly, I discovered secrets in her and she gives me love to the fullest".
See more photos from their court wedding and their honey moon after the cut. 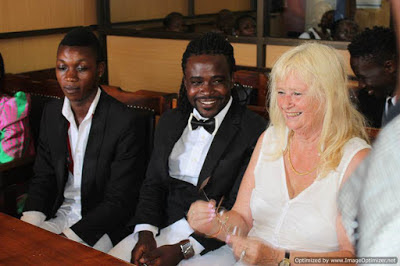 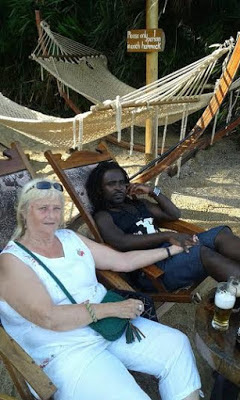 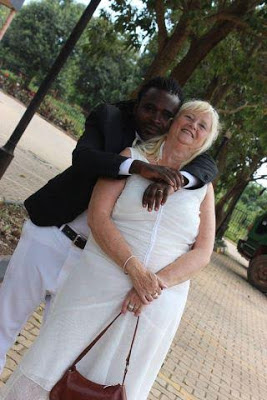 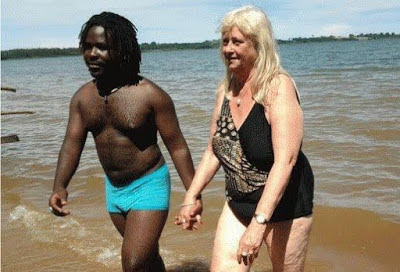 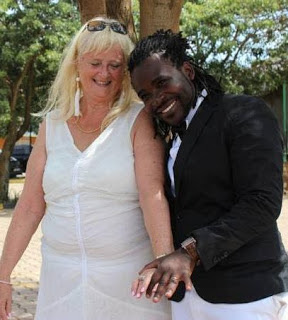