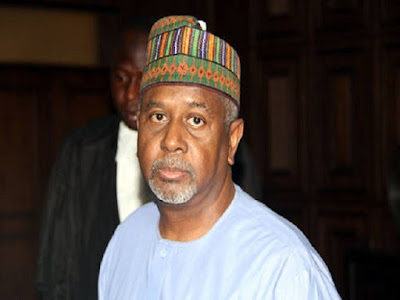 The trial of former National security adviser, Sambo Dasuki, has been postponed by a Federal High Court sitting in Abuja, to January 20, 2016.

According to The Cable, the judge in charge of the trial, Adeniyi Ademola, adjourned the case after consultation with counsels of the plaintiff and the defendant. It was gathered that in his brief, Dasuki’s lawyer, Ahmed Raji asked the court for a short adjournment to respond to the fresh application.

Afterwards, the court fixed Monday, December 7, for hearing of the application.

However, at the resumed hearing on Monday, the court adjourned the trial to January 20. It would be recalled, Dasuki was indicted by the presidential panel probing the procurement of arms in Nigeria from 2007 to 2015.
on December 08, 2015