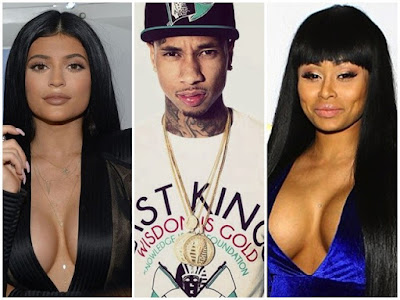 Radaronline is alleging that Kylie revconciled with Tyga just to spite Blac Chyna.

Kylie Jenner and Tyga’s relationship has been experiencing some of the lows recently with Tyga having to move out of her house. Reports also emerged that despite their differences, the two have managed to stay together as they were both seen at an outing.

According to Radaronline, the major reason why the 18-year-old reality star can’t let her rapper beau go once and for all is because he’s been “crying on the shoulder”of his baby mama, Blac Chyna.
The source also confirmed that Kylie Jenner is so immature, she can’t take the thought of Blac getting Tyga to herself again, so she decided to have peace talks with Him just to prove she can have him at will.
on December 08, 2015