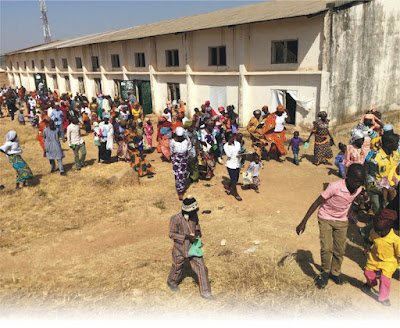 No fewer than 56 people have been killed in an Internally Displaced Persons (IDPs) camp in Borno State ,after two female suicide bombers blew themselves up.

News broke on Wednesday of the twin blasts that occurred Tuesday morning, which killed 56 people at the camp which houses about 50,000 in Dikwa, northeast Nigeria and injured another 78, Reuters reported. A third female bomber who was arrested gave officials additional information on the attacks. Officials blamed Boko Haram for the bombings which, was not known about until yesterday because of the disruption to telephone services.