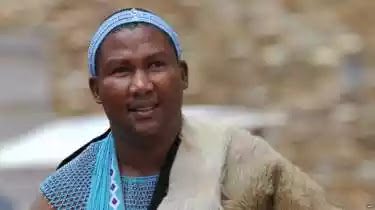 The Congress of Traditional Leaders in South Africa (Contralesa) told the BBC that being Muslim could affect his ability to uphold Xhosa traditions.

Mandla Mandela, who converted to Islam late last year, got married in a Cape Town mosque last week. He inherited his position as chief of Mvezo in the AbaThembu clan from his grandfather, Nelson Mandela.

He is believed to have converted in order to marry Rabia Clarke, a Muslim. This is the fourth marriage of Mr Mandela, 42. Contralesa's spokesperson Chief Mwelo Nonkonyane said Mr Mandela's new religious affiliation could present a conflict for his subjects.

"There is nothing wrong with a traditional leader following any faith he chooses but we are concerned about whether he will be able to continue performing his responsibilities as a chief," he said.

Traditional chiefs sometimes lead thanksgiving rituals for ancestors, which would include presenting slaughtered animals to them in prayer. Such practices are not considered to be in line with the beliefs of many Muslims. Chief Mandla Mandela may find himself at a crossroads - forced to choose between his new bride and his loyal subjects.

Nelson Mandela's heir, who prides himself on being a man of tradition, may face some tough questions over his decision to convert to Islam. The conversion has implications for him not because of the religion itself but because it creates uncertainty about the chief's loyalties.