Sahara Reporters & Sen. Akpabio Blast Each Other on Twitter Over Lekki Gardens Report

Sahara Reporters and Senate minority leader, Senator Godswill Akpabio, slammed each other on twitter yesterday after the media house claimed that Akpabio had links with Lekki Gardens, the real estate company whose 5-storey building in Lekki collapsed on March 8th killing over 30 people.

Akpabio took to his twitter handle to refute the claim by Sahara Reporters and both parties engaged each other in a war of words for about an hour. Akpabio alleged that SR had been bought over by APC while SR accused him of embezzling Akwa Ibom state governments funds while he served as governor of the state for eight years.

More tweets after the cut 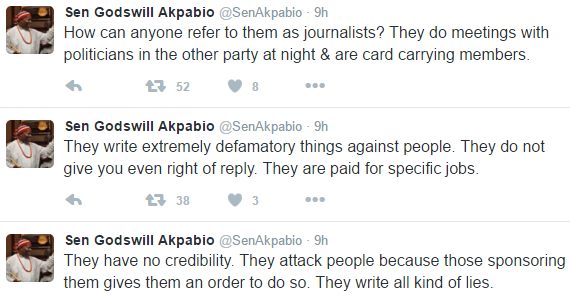 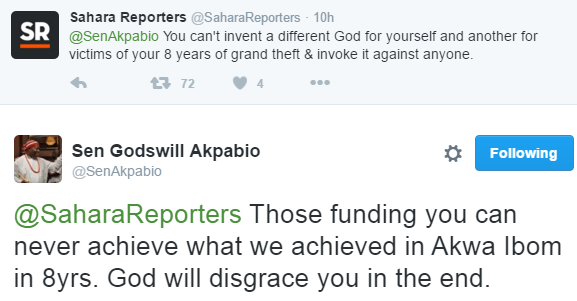 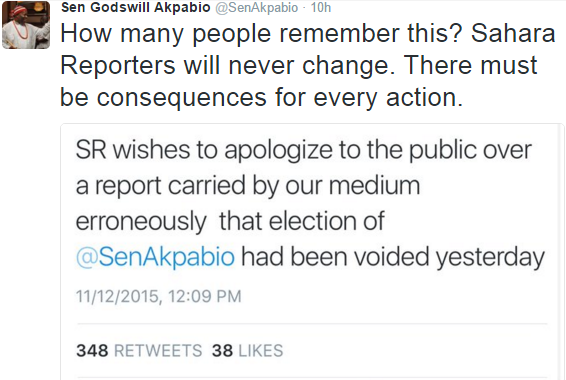 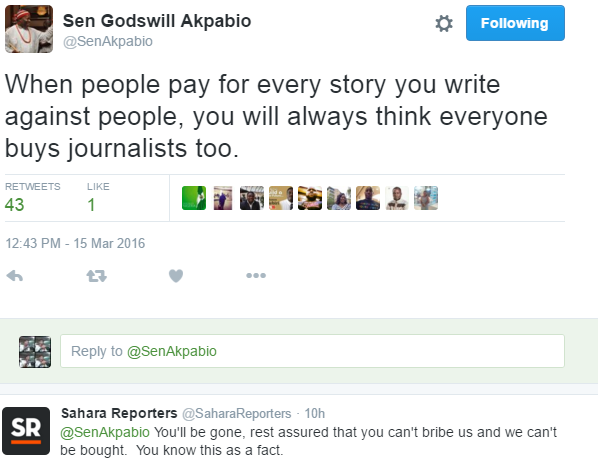