Longest Ever Python Caught In Malaysia Is Dead! (PHOTOS) 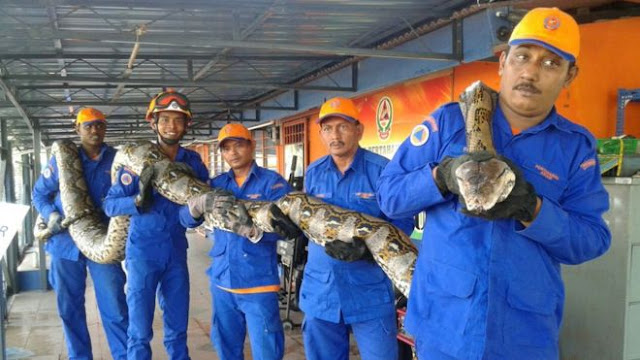 A giant python found on a Malaysian building site, that may be the longest ever caught, has died, officials say.

The estimated eight-metre-long (26ft) snake was spotted Thursday under a fallen tree on the island of Penang. It died on Sunday after laying eggs, Herme Herisyam, operations chief for Penang's Civil Defence Department's southwest district told the BBC. 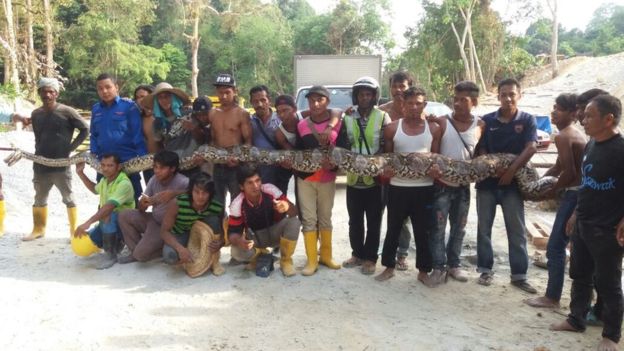 The Malaysian snake, also thought to be a reticulated python, has not been officially measured by record keepers. Mr Herisyan said it weighed 250kg (39st 5lb) and took 30 minutes to rescue. Another civil defence official said that the snake's capture and the attention it received likely compounded the stress of laying eggs.

It was due to be transferred to the government's Department of Wildlife before it died. BBC reportage

According to wikipedia ''The reticulated python (Python reticulatus) is a species of python found in Southeast Asia. It is widely regarded as the world's longest snake and longest reptile, but is not the most heavily built (although it is among the four heaviest)''.
on April 12, 2016