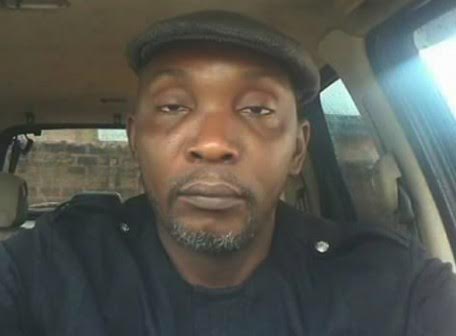 A Senior Special Assistant on Media to Edo state governor Adams Oshiomhole, Curtis Eghosa Ugbo, has been arraigned before an Oredo Magistrate Court for allegedly publishing an article online against Oshiomole. According to The Nation, 47 year old Curtis was also arraigned for unlawful possession of firearms. 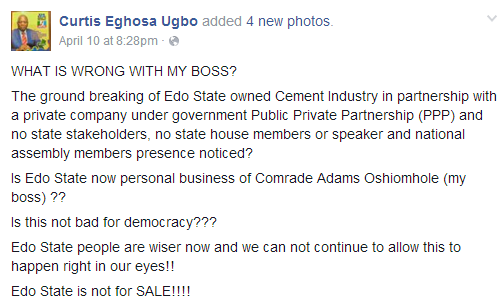 Court papers states that Curtis's article against Oshiomole was published on April 10th and had the caption, “What is wrong with my boss, the ground breaking of Edo State own Cement industry in partnership with a private company under Government Public Private Partnership (PPP) and stakeholders, no state House members or Speaker and National Assembly members presence notice. Is Edo State now a personal business of Comrade Adams Oshiomhole?”

Ugbo pleaded not guilty to the three count charges preferred against him.

Police Prosecutor, ASP Sylvester Omor, told the Court that Curtis unlawfully had in his possession a double barrel gun which was not duly registered and so contravened section 59 (1), 249 (d) and 430 (2) of the criminal code cap. 48, vol. II laws of the defunct Bendel state of Nigeria 1976, as now applicable in Edo

After hearing the arguments, the Magistrates’, Mrs C.A. Nwoha, granted Curtis bail in sum of N100,000 and a surety in like sum who must be have a landed property. The case was adjourned till April 26th.
on April 14, 2016