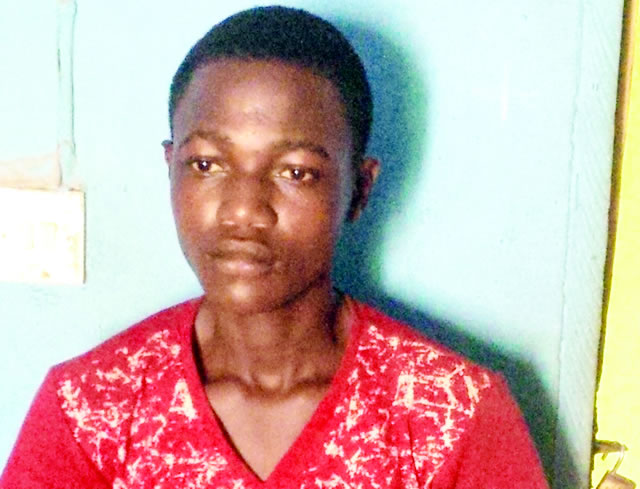 The embattled policeman attached to the Special Anti-Robbery Squad of the Lagos State Police Command, Inspector Festus Omotosho, aka Ijaya, has been detained by the command for allegedly working with a suspected robber, Akeem Popoola. It was learnt on Thursday that Ijaya, who 21-year-old Popoola said he was working for, was also being investigated by the Ogun State Police Command.

The Lagos State Commissioner of Police, Fatai Owoseni, had summoned Ijaya for interrogation on MondaY. It reported on April 11 that Popoola, who was arrested for robbery and burglary by the police in Ogun State, told PUNCH Metro that he helped Ijaya to sell phones to unsuspecting members of the public.

He added that minutes after the sale, the inspector and two others – Abbey and Aluko – would handcuff him and take him to the buyers. He explained that Ijaya would accuse the buyers of acquiring stolen property and demand a bribe of between N120,000 and N150,000, adding that he got a N5,000 share for each successful deal.

The Lagos State Police spokesperson, SP Dolapo Badmos, confirmed Ijaya’s detention, saying he would be prosecuted for criminal charges if found culpable of the allegation. She added that the command had commenced investigation into the allegation against him. She said, “The CP Lagos State Command has ordered his (Ijaya’s) detention. The command and the Ogun State Police Command are investigating the criminal charges. If he is culpable, he will be prosecuted.

“The leadership of the police is committed to cleaning up the force and will continue to decisively deal with bad eggs. We will inform you when the outcome of the investigation is ready.”

The spokesperson for the Ogun State Police Command, DSP Muyiwa Adejobi, who also confirmed Ijaya’s arrest, said he would face the wrath of the law if found wanting. He added that the two commands were working together on the matter.

He said “The inspector has been arrested, but he is being investigated by the Lagos command for now. We will make sure we have proper investigation into the case. He is there with other suspects. It is a joint assignment with the Lagos command. We assure the public that those found wanting in the case will face the full wrath of the law.”
on April 14, 2016