Nigeria Is The Second Highest HIV Infected Country in Africa 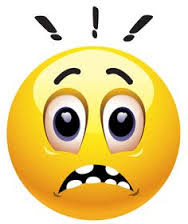 AIDS Health Care Foundation, AHF, has claimed that Nigeria has the second highest burden of HIV, after South Africa.

A release issued on Friday by Kemi Gbadamosi, AHF Senior Manager, also claims that only about 45 percent (about 70 million) of Nigerians are aware of their HIV status.

The release quoted Dr Adetayo Towolawi, the Country Programme Manager of AHF Nigeria, as saying that 45 percent was quite low judging by Nigeria’s population size.


Already, Towolawi said that 3.4 million people were living with the virus in the country, and further observed that achieving an AIDS-free generation was possible if more people knew their status and those found positive placed on treatment. ..

He disclosed that as part of the AHF’s contribution to Nigeria’s HIV/AIDS response that his organisation had flagged off a testing campaign aimed at reaching 15,000 Nigerians with free HIV test. Towolawi said the campaign would be held in partnership with state and local government authorities with the target of realising the UNAIDS/AHF global goals on HIV/AIDS. “ The HIV testing campaign is part of the organisation’s robust prevention activities for the year and a strategic tool in ensuring that more Nigerians know their HIV status. “ As part of AHF Nigeria’s testing scale up plan, the testing campaign will target Abuja, Anambra, Benue, Cross River, Kogi and Nasarawa States. “In addition to HIV testing, individuals will also have an opportunity to check their blood pressure, receive health and wellness talks among other services.

“In the country, relevant stakeholders and partners are scaling up testing uptake and AHF Nigeria is taking measures to consolidate these efforts and champion community-driven testing outreaches,’’ Towolawi stated. The statement also quoted Elizabeth Duile, the Prevention Programme Manager of AHF, as saying that the foundation was committed to ensuring the availability of HIV testing services in the country. Duile said the campaign would provide a platform to educate individuals and communities.

“Ending AIDS starts with a commitment to act and everyone has a responsibility in stopping the spread of the virus. “ People are often reluctant to test for fear of the result and stigma; today there are mechanisms in place to check stigma and discrimination. “This will ensure that people living with HIV have access to treatment, care and support,’’ she said. The News Agency of Nigeria, NAN, reports that AIDS Healthcare Foundation is the largest non-profit HIV/AIDS organisation in the world and provides health care to more than 600,000 patients in 36 countries. AHF Nigeria has been operating in the country since 2011 and has presence in six states. NA
on May 16, 2016