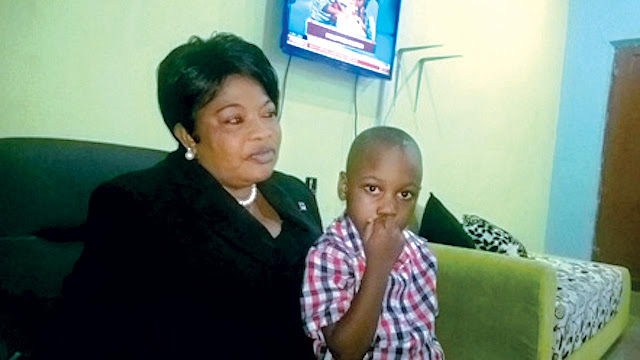 The little boy was reportedly abducted by Igiri and two others including a young woman from his Worji residence, shortly after he returned from School on April 19.

He was subsequently taken to Eliozu axis, in Obio/Akpor local council of the state where he was left in the care of the female accomplice, who little Goodnews later identified as Aunty Blessing.

The victim was reportedly detained by his abductors for 17 days, while demanding N20 million ransom from the mother of the child, Mrs. Georgina Tenalo.

Igiri admitted committing the crime and said he initiated and organized the child’s kidnap, and then brought Blessing and another male into the plot. He expressed regrets at his actions, claiming that he does not know why he did the act, especially when his Madam (employer), was good to him.