D'banj Opens Up on Why He Is Not Married 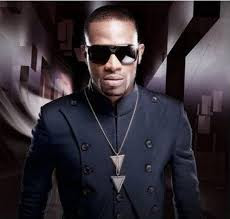 Dbanj has revealed why he is still single despite being linked to several women.
He said: “While growing up, there were some goals I set for myself and at 35; I have accomplished most of them. Sadly, I have not accomplished the primary goals. The main one is marriage. By now, I thought I would have been married. I had always thought I would have a child before the age of 30.

That fantasy did not become a reality because I wanted to strengthen my brand. I wanted to be sure that I was on the right path career-wise because as a kid, you need to crawl before you can walk and eventually run. I wanted to be sure I surpass all boundaries and reach a certain stage where I can easily balance my work and family. That is the main reason why I am not married.”

He however said that he is proud of his other achievements as they have surpassed his widest imaginations. He said: “Apart from marriage, one other thing I desire to have is the Grammy but that is already in the pipeline and it would be acquired soon. I didn’t know I would meet Kanye West while I was dreaming big as a child. But I dreamt that I would go places and people would hear my song all over the world. I also dreamt that Caucasians would dance to my music.
He also told Saturdaybeats that he  dreamt he would top music charts across the world and all that has happened. "
I have dreamt of performing in front of thousands of people on a global stage and I have achieved that. For all these I am grateful to God,”
on August 29, 2015