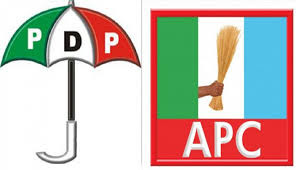 The Peoples Democratic Party (PDP) in Lagos State has lambasted Governor Akinwunmi Ambode over the list of commissioners and advisers he sent to the Lagos State House of Assembly.

The Lagos PDP Publicity Secretary, Taofik Gani, told DAILY POST in an interview on Monday that most of the nominees were not competent but were only named based on sentiment. Gani said two of the nominees, Lola Akande and Deji Tinubu, are relatives of the National Leader of the All Progressives Congress, Asiwaju Bola Tinubu. While Akande is the sister of Tinubu’s wife, Senator Remi Tinubu, the other nominee, Deji, is the nephew of the APC leader.

Also, Mr. Kehinde Bamigbetan, was Tinubu’s Chief Press Secretary from 2003 to 2007 while Gbolahan Lawal was Tinubu’s Aide-de-Camp when he was governor. He, therefore, stated that the change the APC was advocating in Lagos was not a positive one but one that would take the state backwards.

Gani, who urged the members of the legislature not to approve the nominees in the interest of the state said: “We also fault the nominations of Jide Idris, Akintola Benson, Anofi Elegushi, Ganiu Johnson and Folarin Coker because they had either been personal staff or relatives of a former governor of the state.

“This list is so mediocre, self serving, embarrassing that it cannot justify the delay and waste of days. Lagosians should not expect any change from Ambode. By this list, his hands are tied. He will only succeed to the extent that his godfather allows this list to serve Lagosians”, he added.

Reacting, APC State Publicity Secretary, Joe Igbokwe, said the PDP did not understand how governance worked. “For the avoidance of doubt, the nominated candidates are cerebral and very competent personalities who can hold their heads high anywhere in the world and answer their fathers’ names if the need arises.

“They have climbed through the ladder of leadership from various departments in Lagos State to get to where they are today. “They have been tested and therefore can be trusted to add values to Lagos State. These gentlemen and women are no pushovers in their chosen profession and they are capable of assisting Governor Ambode to take Lagos to the next level”, he argued.