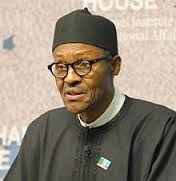 The Nigerian mission inexplicably messed up the itinerary of President Muhammadu Buhari at the United Nations General Assembly meeting in New York on Friday, TheCable reports.

The president missed a very important event on Boko Haram and internally displaced persons (IDPs) and was also prevented from meeting with Pope Francis because he was not properly briefed by the Nigerian UN mission staff. The pope delivered a speech at the general assembly on Friday at 10am. Not only was Buhari made to come in late to the meeting because of untidy arrangements, he also took a wrong gate rather than the one reserved for presidents and heads of state.

Garba Shehu, a presidential spokesman, had said. But not only was it an official event, the focus was on the Lake Chad Basin and the effects of insurgency to which Nigeria’s full participation was expected. The listed UN events had the item:

“The Office for the Coordination of Humanitarian Affairs (OCHA) will hold a side event on food security and humanitarian consequences of conflicts-driven displacement in the Lake Chad Basin region.” It was scheduled for 3pm US time (8pm Nigerian time), but ‎the president’s programme prepared by the Nigerian mission did not list it as one of the events he should attend. ‎

The session was titled “Lake Chad Basin at A Cross Road: Addressing Urgent Humanitarian Needs in An Overlooked Crisis”. A high-level government representative of the Nigerian Government was expected to be at the event which was organised by the United Nations Office for the Co-ordination of Humanitarian Affairs (UNOCHA) and chaired by Stephen O’Brien, undersecretary-general of the UN.‎ Witnesses to both incidents described as “embarrassing and unacceptable” the attitude of the Nigerian mission staff which led to media backlash back home and on the social media.

The witnesses also blamed the presidential media team for rushing to the press to defend ‎the president’s absence at a very crucial meeting whose discussion was on a matter in which Nigeria has been worst hit by the activities of the insurgents. Meanwhile, the event Buhari eventually attended in place of the one on the insurgency was not only poorly attended but was full of protocol breeches, as the president was already seated before other speakers started strolling in.
on September 27, 2015