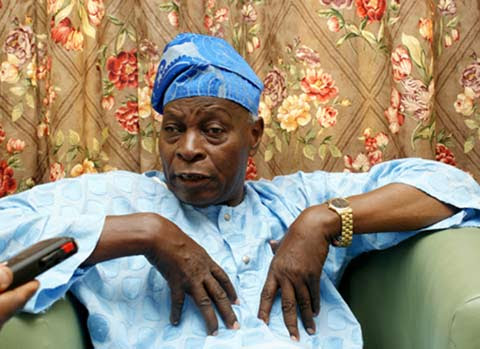 The former Secretary to the Government of the Federation, Chief Olu Falae, who was kidnapped earlier this week, has regained his freedom, Africa Independent Television (AIT) has reported.

Falae was kidnapped on Monday at his farm in Ondo State by people described as Fulani herdsmen.Newsdiaryonline had reported that the abductors demanded N100 million ransom.It was not known at the time of filing this story if any ransom was paid. But President Muhammadu Buhari earlier today condemned the abduction of Falae and ordered the security agencies to ensure his safe rescue.

Also, Afenifere, the socio-cultural group in the South West had earlier today warned against anything untoward happening to Falae. Afenifere in a statement by its Spokesman,Yinka Odumakin urged northern leaders to ask the Fulani herdsmen to release the former presidential candidate.
Afenifere revealed that Falae and the Fulani herdsmen had been engaged in some running battles over his farm.. Falae’s reported release is expected to douse the tension trailing his kidnap
on September 23, 2015