US Makeup Artist Commits Suicide Days After Splitting With Boyfriend 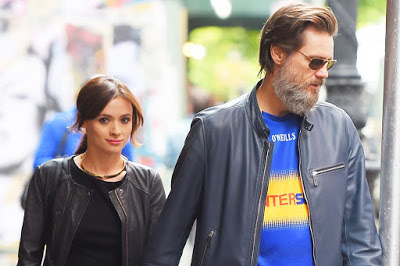 A heart broken megastar Jim Carrey has said the death of his girlfriend hit him “with a lightning bolt”.
The 53-year-old Hollywood actor is “shocked and deeply saddened” by the apparent suicide of Cathriona White, 30, who was found dead day days after the couple reportedly split.
Cathriona’s lifeless body was discovered at her LA apartment on Monday night after the Irish makeup artist posted a worrying string of messages on her social media accounts in the past week. On Thursday Cathriona, wrote: “Signing off Twitter, I hope I have been a light to my nearest and dearest. [Love and peace] to yo all”
And on Wednesday she quoted the poet W B Yeats on her Instagram account: “Faeries, come take me out of this dull world, For I would ride with you upon the wind, Run on the top of the dishevelled tide, And dance upon the mountains like a flame.” Reports say Cathriona left a suicide note addressed to Carrey with “references to their break up on Thursday”.


It is believed she was found by two friends with pills scattered by her side. In a statement released today, Carrey said: “I am shocked and deeply saddened by the passing of my sweet Cathriona.

“She was a truly kind and delicate Irish flower, too sensitive for this soil, to whom loving and being loved was all that sparkled.
“My heart goes out to her family and friends and to everyone who loved and cared about her. We have all been hit with a lightning bolt.”

Cathriona and Carrey, who has been married twice, were first spotted together in late 2012 when they are believed to have begun dating for six months. The dad-of-one said in March 2013:

“I did go out with an Irish girl. We’re not seeing each other any more. But she is lovely.” The pair rekindled their romance in May this year only to split yet again last week.
on September 30, 2015