Khloe Kardashian’s Makes Up With Lamar,Sends Break Up Text To James Harden 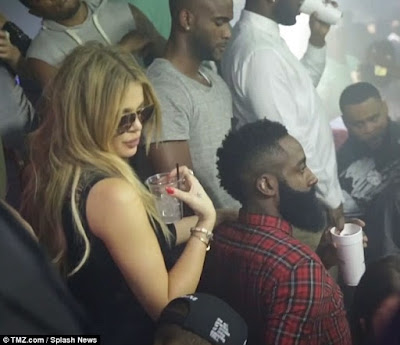 Khloe Kardashian has gotten back with estranged husband Lamar Odom, and broke things up with boyfriend James Harden in a text message.

According to Hollywood Life, “The only thing he’s gotten from Khloé in the last 24 hours was a text that said ‘I’m sorry.’ That’s it. He didn’t even respond.”

According to the website, Harden thinks the whole issue is funny, and holds no hard feelings towards the reality TV star. “He can’t stop shaking his head. It’s very comical [to him],” the website’s source adds. James actually thinks it’s all some “high school s–t happening to him.”

The source adds that Harden’s only regret is not listening to his teammates, who asked him to be stay away from her.