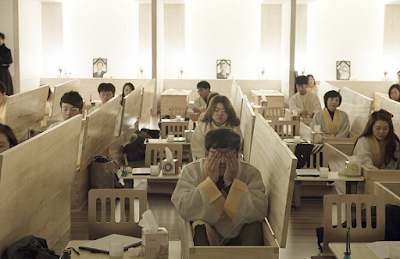 In a strange response to South Korea’s growing suicide epidemic, bizarre 'death experience' schools are being set up to teach depressed pupils to appreciate life again, by showing them what it’s like to be dead.

They are made to sign fake wills and are locked inside coffins where they are given mock funeral services, so hat they will know how it really feels like to be dead. The sad statistic in South Korea shows that approximately 40 people kill themselves every day and the shocking epidemic is blamed on the country’s hyper-competitive society where young people are under constant pressure to succeed while the middle-aged and elderly complain of ever-growing financial burdens.

Sitting between rows of coffins, with pens and paper littering small desks, the students listen as the head of the centre, former funeral company employee Jeong Yong-mun, explains that the problems we face in life are a part of life.

They are told they must accept them and try to find joy in their hardships. Among the students are teenagers who can’t cope with exam pressure in school, parents who find themselves useless after their children have left home, and the elderly terrified of being a financial burden on their young families. 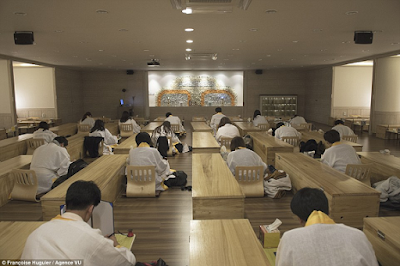 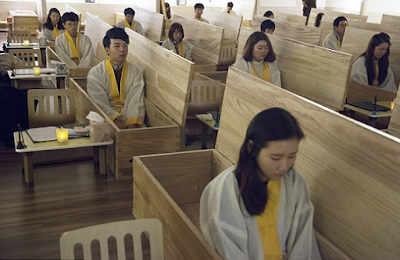 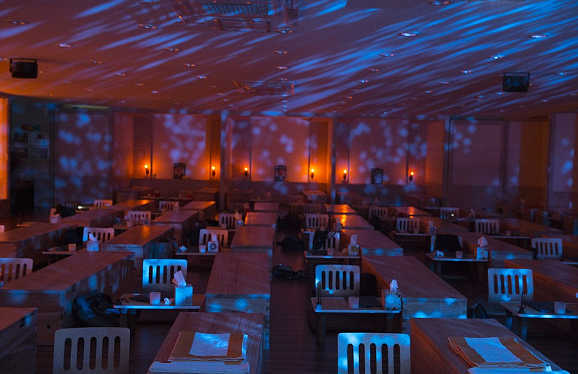 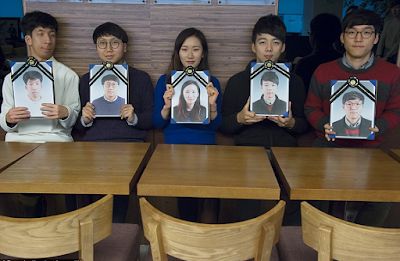 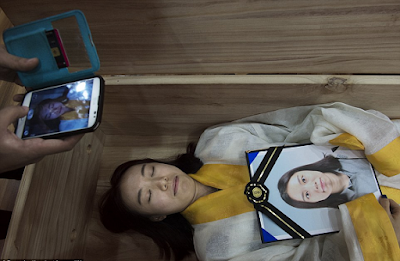 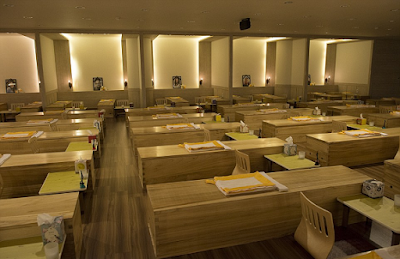