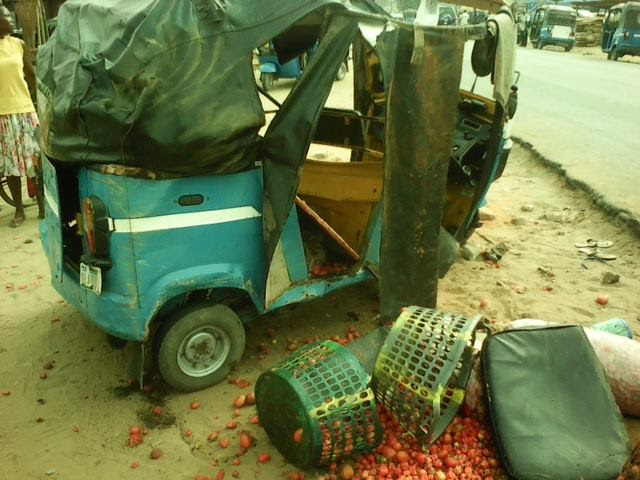 2 traders presumed to be tomatoes traders in Abraka market are said to be battling for their lives after a high impact collision involving their tricycle enroute Obiaruku to Abraka with a blue coloured bus (suspected to be a government owned bus contracted to an individual who runs Abraka-Agbor road) around the Delta State University, Abraka Site 1 Main gate along the express road.

According to eyewitness account the cause of the accident was a result of a member of the NURTW that was seen dragging the steering of the said bus with the driver over unpaid levies which resulted to a loss of control that resulted in the accident.


One of the victims has been confirmed dead and taken to a mortuary in Obiaruku, while the bus has been taken to Abraka Police Station. 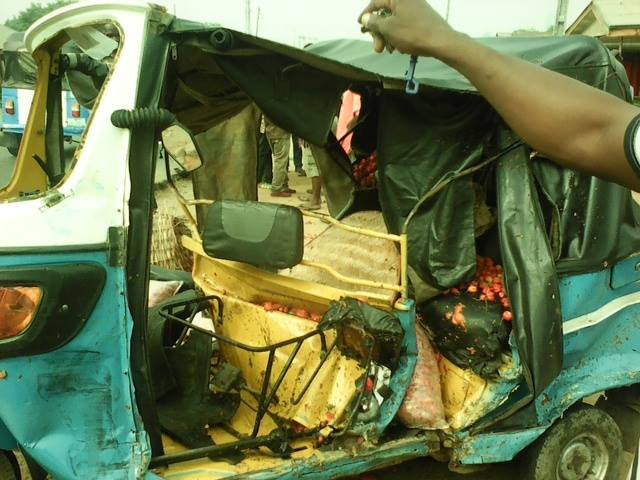