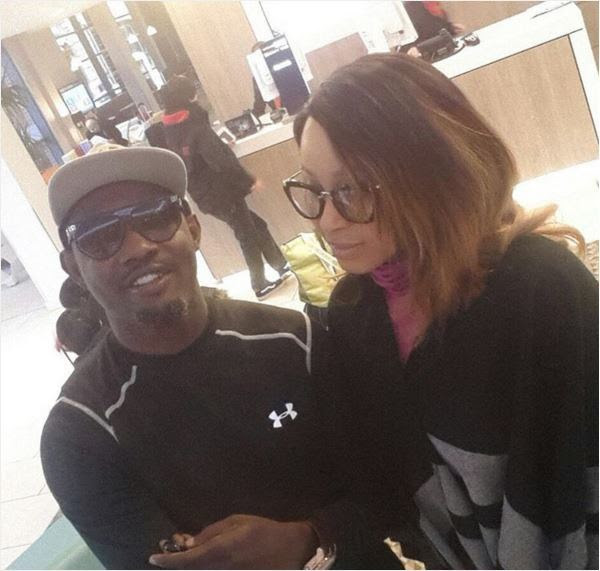 Mabel Makun dispelled the tales of a crashed marriage after she posted the below image of herself and AY Makun on photo sharing app, Instagram. She captioned the photo: “@aycomedian #mancrusheveryday”.

It will be recalled that AY also released a statement via his official Instagram handle where he quashed reports that his marriage has hit the rocks. Also, popular OAP, Freeze released an open letter on social media where he threw his weight behind the comedian saying “I sincerely hope and pray that what I am hearing is false”.

AY and wife, Mabel Makun tied the nuptials in a talk-of-the-town wedding in 2008. They are blessed with a beautiful daughter named, Michelle.
on February 27, 2016