Caroline Danjuma, Returns To Nollywood Amid Rumours Of Her Crashed Marriage 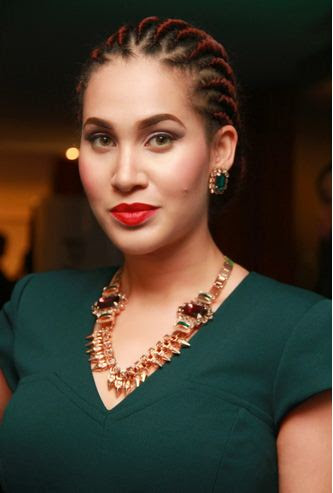 Several years after she disappeared from the screen, top actress Caroline Ekanem is due to premiere her comeback movie, “Staker” on Saturday, February 27.

The beautiful actress is premiering her movie amid reports that her marriage to her billionaire husband, Musa Danjuma has hit the rocks. The movie, which stars Jim Iyke, Nse Ikpe-Etim is produced by Caroline whose marriage allegedly crashed recently.

She was said to have refuted claims of battery by her hubby, the buzz was that she couldn’t continue suffering in silence and has run for her life.

The mother of 3 recently shared an image of a ‘broken heart’ which she captured ‘no regrets’ among other cryptic messages.
on February 20, 2016