The Ooni of Ife Oba Adeyeye Enitan Ogunwusi is set to take a new wife, Olori Wuraola Otiti. The Ooni has been married to Olori Adebisi Adebukunola Ogunwusi, known as Bukky, but reports has it that the two have parted ways.

Above is a photo of luxury fashion store owner Jennifer Obayuwana congratulating the new Queen, who is also her cousin. Jennifer is the lady wearing gain, while the new Olori is on white.

She is originally from the Oluyare Compound, Iremo Quarters in Ile-Ife, but a native of Benin City, and the marriage is predicted to strengthen ties between the two kingdoms. 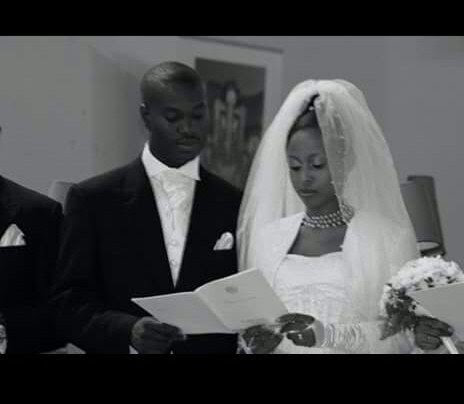 Olori Adebukunola and the King during their wedding ceremony