Pirates Captured By Navy After They Hijacked Oil Tanker (Photos) 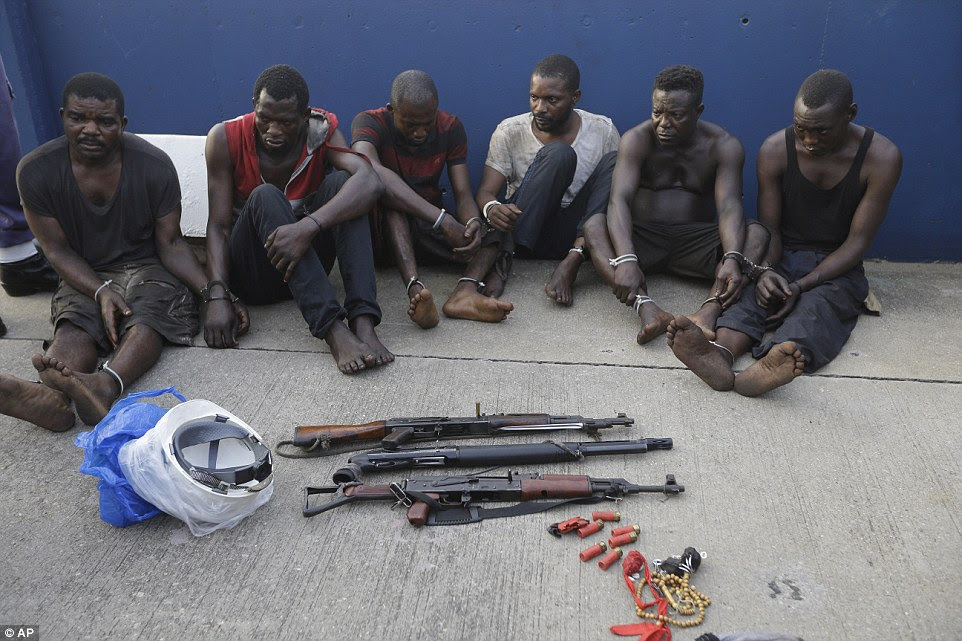 Nigerian sailors rescued a hijacked oil tanker in a dramatic night-time rescue in which they killed one pirate, the Nigerian navy announced as it escorted the ship into Lagos harbour. Four pirates were captured while another two members of the gang escaped in a separate boat.

One other pirate was killed in the army raid on the Panama-flagged Maximus, owned by a company in the United Arab Emirates, said Rear Admiral Henry Babalola. He said the navy is still searching for two crew taken hostage by two of the hijackers who are thought to have escaped in a pirate vessel.


The Indian defense attache, Captain Gautam Marwaha, said one hostage is an Indian national and the other is believed to be from Pakistan. He said they have received no ransom demand.

The bandits targeted the vessel for its 4,700 tons of diesel fuel and seized it last week on 11 February, off the coast of Abidjan, Ivory Coast. The ship was finally rescued on Saturday night about 310 miles (500 kilometers) southwest of Lagos. 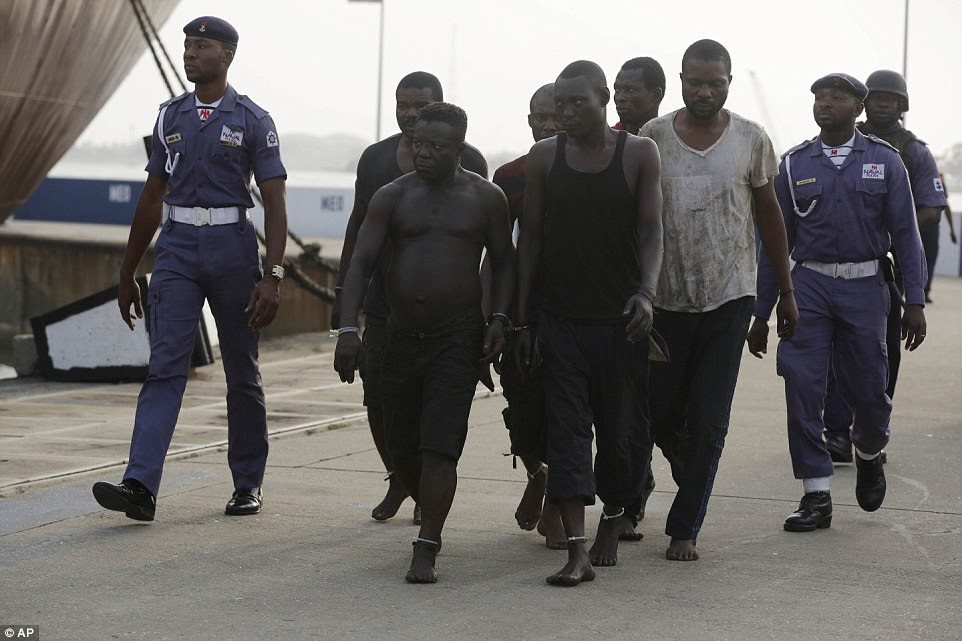 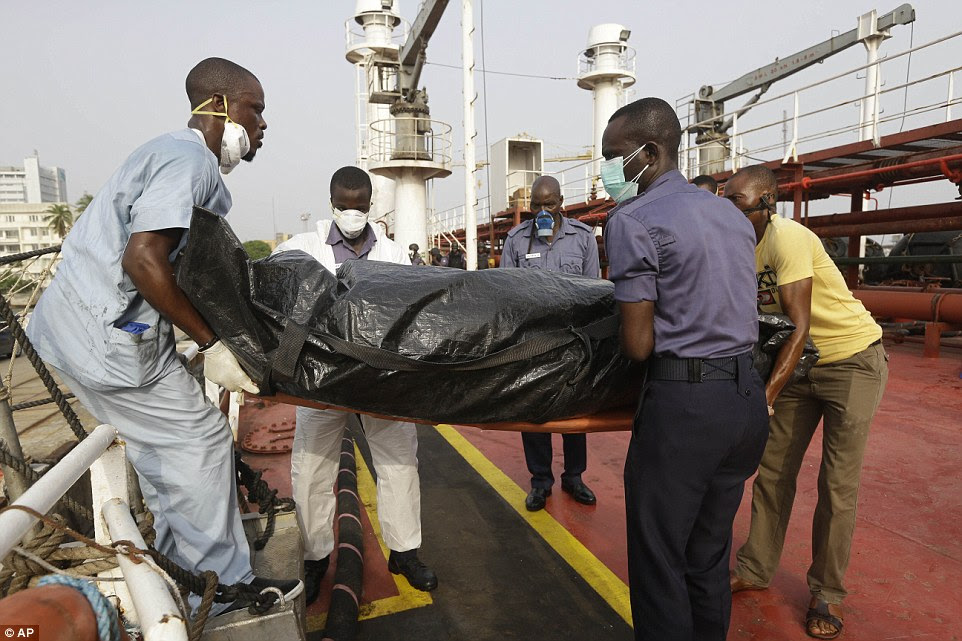 It's the third time in five years that the ship has been hijacked in the Gulf of Guinea area, according to two maritime ship-tracking websites. In 2014 one crew member and two pirates were killed and six captured after a shootout with the Nigerian navy just outside anchorage on the SP Brussels in Lagos, Nigeria's Atlantic Ocean-side commercial center.

Babalola, who commanded Saturday's rescue, described a tense standoff as the pirates denied the ship was the Maximus, calling it instead the MT Elvis 3, as they had hand-painted over the name in white. 'We tried diplomacy, but they refused to surrender,' Babalola said. Sailors stormed the ship when one pirate opened fire, taking special care because the vessel is highly flammable, he said. -