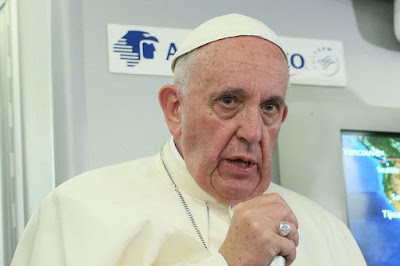 34-year-old Miriam Wuolou, the Pope's seven-months pregnant receptionist was found dead in her apartment on the outskirts of Rome. She had reportedly worked at Pope Francis' home and a priests' guesthouse called Santa Marta for years. Wuolou is from Eritrean descent.

The Italian press reports she worked as a kind of gatekeeper for the Pontiff, as well as for the bishops and cardinals who stay there.

Ms Wuolou had a serious kind of diabetes which had led doctors to warn her that her pregnancy was at risk.


Police are investigating the matter as a case of neglect and have interviewed her family members, including her ex-husband whom she is separated from, and most recent boyfriend, thought to be a policeman in the Vatican, according to Rome-based newspaper il Messaggero.

Her brother was the one who found the body on Friday after he had not heard from her for several days. The autopsy has been carried out, and DNA tests are to be carried out on the foetus. The first external examination of the corpse showed no signs of violence.
on February 25, 2016