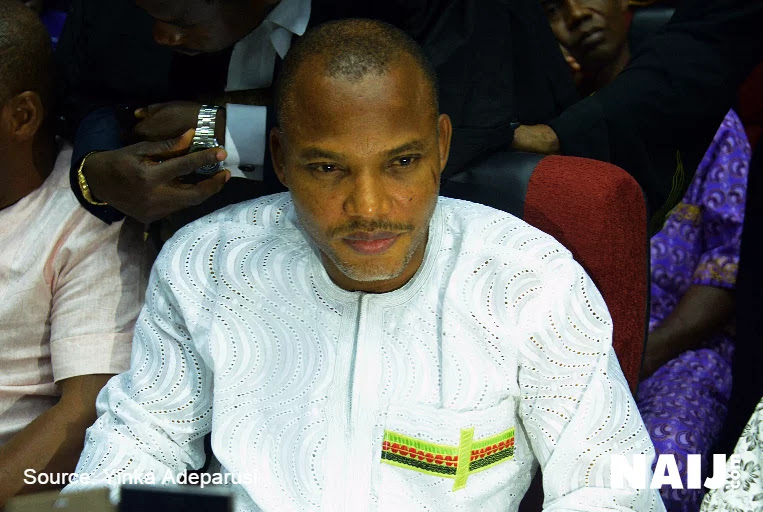 Despite his many ordeals, Radio Biafra director and leader of the Indigenous People Of Biafra (IPOB), Nnamdi Kanu seems not to be bothered.

Kanu appeared in court with a Biafra-themed attire that suggests his loyalty to the cause he is pursuing is unshaken After spending four months in detention, Nnamdi Kanu, the IPOB leader does not seem to be intimidated by the trial against him by the federal government of Nigeria, because of his agitation for the freedom of Biafra. 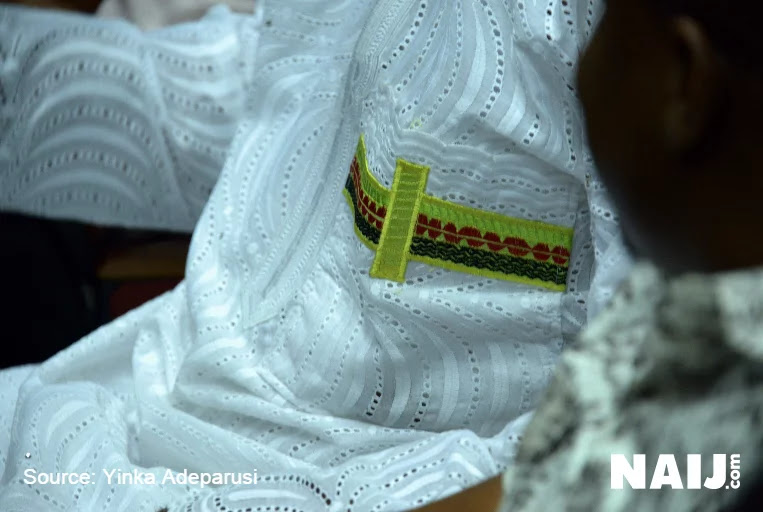 Kanu today, February 19 appeared at the Federal High Court in Abuja, with a dress that signifies he is still in tune with his agitation for Biafra. The director of the Radio Biafra wore a sparkling white lace dress.

The dress, a simple native Nigerian wear, had in its pocket, the colours used by the Biafra agitators as a prospective colour of their flag and insignia should the freedom they so desire be granted.

Also, during the trial, Kanu sat quietly in his accused dock also smiled all through the argument on an application for protection for witnesses by the DSS.

With him in court were two other accused persons Madubugwu and David Nwawusi. The trio are facing charges of illegal possession of firearms and assisting in the management of an unlawful society.

Recall that earlier today, the Department of State Security informed the court that there is likelihood that witnesses for the trial Kanu might not testify without protection.
on February 19, 2016