Zimbabwe's Godmother Of Prostitutes Retires After Bedding Over 4000 Men (Photos) 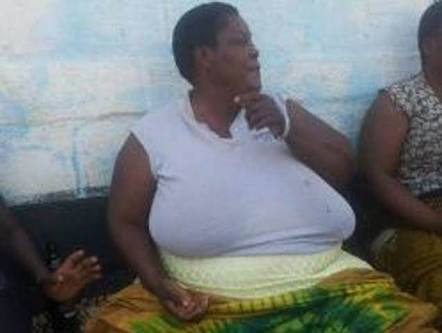 According to The New Zimbabwean News, a woman in her 30 years years long career as a Prostitute, claimed to have served more than 4,000 men. During her legendary career, the 55-year-old Prostitute who goes by the name Sylvia Kandeya with the alias SK, who has decided to go on retirement, used to sleep with more than 7 men per day but now things have changed as she is retiring; and it’s now one or two men per month. She said that's just like a rough estimate as she can't simply remember all the men she has slept.

The popular Prostitute told the New Zimbabwe news in an interview that she has sub-divided her house into several rooms where she now allows other Prostitutes stay and pay her rentals. Sometimes when business is low, she gives them time to make money and pay later.

She however boasted that with the coming of young and energetic sex workers, she is not in competition with them because what she does is assist them whenever it's necessary and she has opened a register to know which sex worker is at Madondo shopping centre in case something happens to them.

She wasn't also shy to reveal that she is HIV positive, but was quick to clarify that her retirement is not because she is infected, but age.

SYLVIA KANDEYA (SK) claims to have bedded more than 4000 men during her 30-year sex work life and she has now decided to retire. Newzimbabwe.com (NZ) travelled to Mount Darwin to talk to Sylvia about her enterprising career.

NZ: Word has it that you are the godmother of all sex workers in and around Madondo shopping centre and sex workers bow before you; how far true is that?

SK: All sex workers that come and trade here in Mt Darwin and especially here at Madondo Shopping centre pass through me and my register has more than 20 of them.

NZ: But how did you end up being so popular?

SK: The only work that I have done in my life is to sell sex services for close to three decades; I am 55 years now and I don’t remember the exact number of men that I have offered services but kana kuma 4 000 vanosvika (the number may be as high as 4000).

NZ: On average, how many men per day or a week did you sleep with?

SK: (laughs) I used to sleep with more than 7 men per day but now things have changed; I going into retirement, it’s now one or two men per month.

NZ: Did they pay you well?

SK: Oh yes! Very well, I remember years back when men used to have lots of money to spare before mari ye Zimbabwe yadyiwa nemujuru (before the record breaking inflation).

NZ: And where did all that money go?

SK: I managed to buy a stand here in Mt Darwin Township, built a house and I also sent my children to school.

NZ: You said you have more than 20 sex workers under you; do they pay to be registered or…?

SK: No no no, they don’t pay me anything, but kana zviri ku fire (if business is good) they usual pay a token of appreciation.

Remember, I have sub-divided my house into several rooms where they stay and pay me rentals, that’s the arrangement. Sometimes when business is low, I give them time to make money and pay later.

NZ: With the coming of young and energetic sex workers, are you able to compete with them?

SK: I don’t compete with them; I assist them whenever its necessary and I have opened a register to know which sex worker is at Madondo shopping centre in case something happens to them.

NZ: How active are you now in your work these days?

SK: With age, I now have very few clients that I serve personally and two permanent one who come for the ‘good service’.

SK: All is not well, sex workers here are even paid $1 for a quickie and $5 for the rest of the night, but long ago they used to charge between $10 and $20 a night.

NZ: This may be very sensitive it’s up to you to answer it or not, word around says you are ‘retiring’ for health reasons, how far true is that?

SK: Gone are the days when people would be ashamed to come out in open; it’s not a secret, yes I am HIV positive but that’s not the reason for retirement, it has to do with age.

NZ: When did you discover that you were HIV positive?

SK: I got tested in 2005, that’s when I discovered that I am HIV positive and since then I have been living positively and now l also educate the young sex workers the use of condoms.

NZ: Thank you very much for your time; we wish you a restful retirement.

SK: Thank you very much and travel well 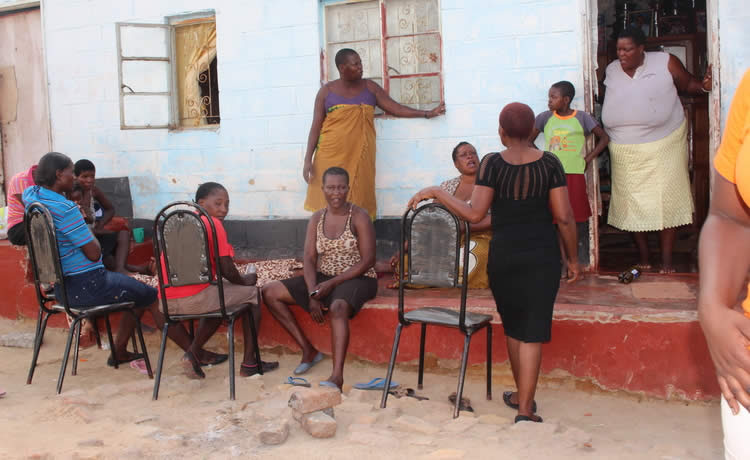