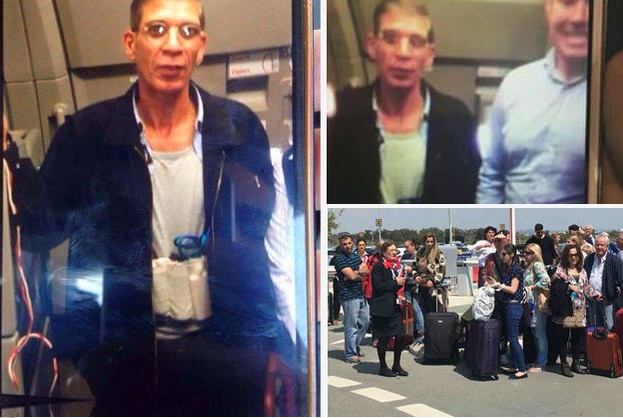 The hijacker of an Egypt air plane this morning has been arrested and is now in police custody, according to the Cypriot foreign ministry crisis center.

He has been identified as Seif Eldin Mustafa, a professor of veterinary medicine at Alexandria and according to reports, he was not a terrorist but love -sick man who wanted the attention of his ex-wife. Cyprus President Nicos Anastasiades said the hijacking was not motivated by terrorism, but for personal reasons.

When asked if a woman was involved, Anastasiades said, “There is always a woman involved.”

The hijacker had demanded a letter be delivered to his ex-wife.She was brought to the airport where the letter was handed to her..Contents have not been made public yet. Unverified images of him wearing a fake suicide belt is making the rounds on twitter. 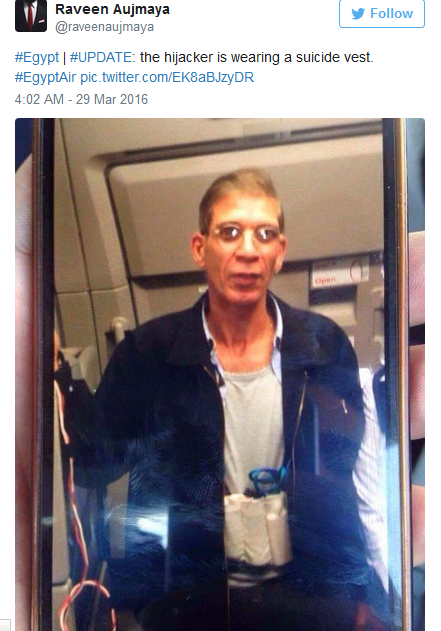