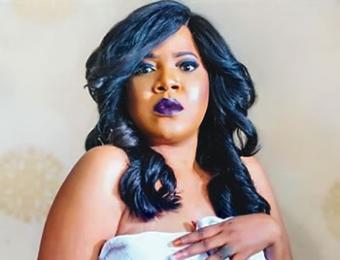 Since reports filtered through that the marriage between star Yoruba actress, Toyin Aimakhu and ex-husband, Adeniyi Johnson, had hit the rocks, the actress has remained a subject of discussion, on and off the social media.


Just last month, an alarm was raised by the students of her drama school that she had been kidnapped by her lover, Seun Egbegbe who the actress confirmed she was dating, but who she later broke up with after the incident. It was later revealed by Toyin’s estranged lover that he did not kidnap her, but only seized her phone after a friend told him that she posted a video on Instagram, crying and pleading for an Instagram comedian, who wanted to commit suicide.

However the actress, on March 5, publicly announced that she had broken up with Seun Egbegbe and had moved on with her life.

She however, said that she was into another project entitled: Keeping Up With Toyin Aimakhu (Kuwta), a new television series which the actress says “will connect her with her fans in general.” But in one of the trailers of the TV series, the actress was again spotted shedding tears and saying, asiko oro o ti to” (it is not yet time to talk) the truth will come out soon.

It is, however, unclear if she was referring to her broken relationship with Seun Egbegbe, who, in a recent interview warned Yoruba movie producers to stay off the actress. Is this a movie scene or the actress is just having fun? Time will tell. Tribuneonline
on April 02, 2016