Bridegroom Arrested On His Wedding Day Over Robbery Allegations (PHOTOS) 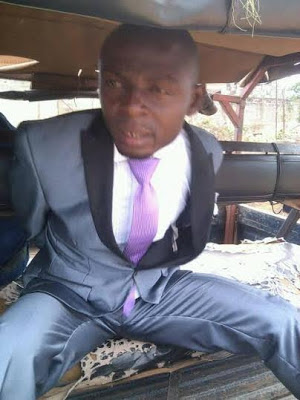 A wedding ceremony taking place at Takoradi Aldersgate Methodist Church in the Sekondi/Anaji, Ghana on Saturday, April 2, 2016 was cut short after policemen stormed the church's premises and arrested the bridegroom over suspected armed robbery. The arrest is in connection with a robbery case at Aniamote, a community in the Wassa Amenfi District in the Western region.

The 30-year-old suspect Aaron Ackah,(pictured) is alleged to have robbed a Chinese Small Scale Miner of an amount of Gh¢18,000 after inflicting knife wounds on his left hand. 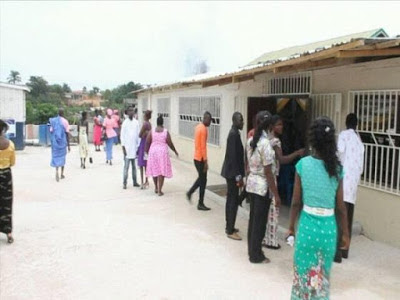 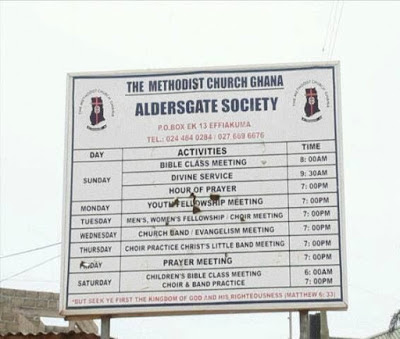 A civilian, who led the police to the wedding venue at West Anaji told Starr News’ Western regional correspondent, Emmanuel Ohene Gyan the couple had just completed the exchange of vows and were about wearing their rings when two plain-clothed police officers from Bogoso stormed the place and whisked the bridegroom away after using one of the invitation cards to confirm his identity.

The joy that had filled the venue of the ceremony was cut short as many of the shocked guests started crying and wailing. The bride, Rebecca Buah, was reported to have collapsed after her groom was arrested. The suspect has since been taken to Prestea for further investigation. -
on April 04, 2016