Amidst Fuel Crisis, President Buhari Set To Travel To China 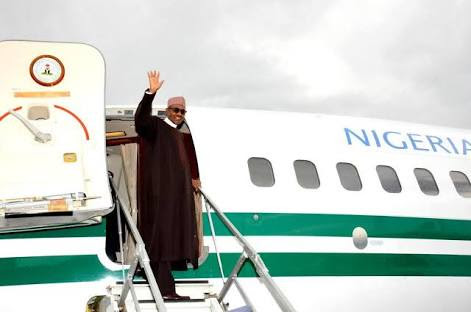 At the invitation of the Chinese President, Xi Jinping, President Muhammadu Buhari will embark on a state visit to China in mid-April.

In a statement issued in Abuja on Tuesday by the China Ambassador to Nigeria, Gu Xiaojie, he said the visit would be Buhari’s first visit to China since he came to office last May.

He said President Buhari would be the first African Head of State to visit China after the Forum on China-Africa Cooperation (FOCAC) Johannesburg Summit, which is of great importance to both China-Nigeria and China-Africa relations, and draws great attention from both countries and Africa.


‘’Distance cannot separate true friends who feel so close even when they are thousands of miles apart. The China-Nigeria friendship has stood the test of time and became stronger and more vigorous despite the vast oceans between the two countries. ‘’

On February 10, 1971, China and Nigeria established diplomatic relationship, and ever since then, the bilateral relations have been developing smoothly and steadily,’’ the ambassador said.

He added that in April 2005, China and Nigeria, the most populous developing countries in the world and Africa, declared the establishment of strategic partnership, which lifted the bilateral ties to a new high and sounded the clarion call to form an all-directional, multi-layered and wide-ranging cooperation.

“Since then, the pragmatic cooperation in various fields between the two countries have been leading in many ways in China’s cooperation with African countries, featuring fruitful achievements and exemplary highlights,’’ he added.

The ambassador further stated that in recent years, China had witnessed frequent high-level exchanges between Nigeria and his country, saying the political mutual trust has been enhanced continuously. He added: “In 2014, Chinese Premier, Li Keqiang, visited Nigeria and reached extensive consensus with Nigerian leaders.

‘’Economically, the cooperation between China and Nigeria in various areas such as infrastructure, energy, trade and finance, has scored impressive achievements. Nigeria is the first African country to accept Chinese RMB in its foreign reserve.

Xiaojie said Nigeria remains China’s No.1 engineering contract market, No.2 export market, No.3 trading partner, and major investment destination in Africa, adding that China has invested a total of over $2.5 billion in Nigeria.