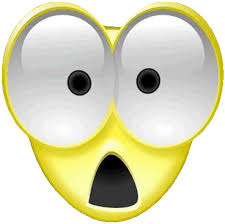 The person who shared the story says the deceased is his aunt. The woman who was coming from Asaba to her village (Agbor, delta state) for a marriage ceremony.

This tragic incident happened on Friday,25th match, 2016 at Agbor-nta in Ika-south L.G.A, Agbor, Delta state. According to eye witnesses,

They said she was on steering when the man stopped her and threatened her to come out of the car else he will slaughter her which she obediently did, immediately she came out of the car the murderer began to cut her with a matchet.

The drivers and okada's who saw the incident said everyone was afraid to drive to the spot so they stopped and watch the incident happening from a distance. The murderer was later caught after he had finally brutalized her with a shape 2 matchet and kept her in the boot of her car and was about to drive off the car when some boys rush to the spot to confront him and they successful caught him and was mercilessly beaten before taken to the police custody.

Graphic photos after the cut 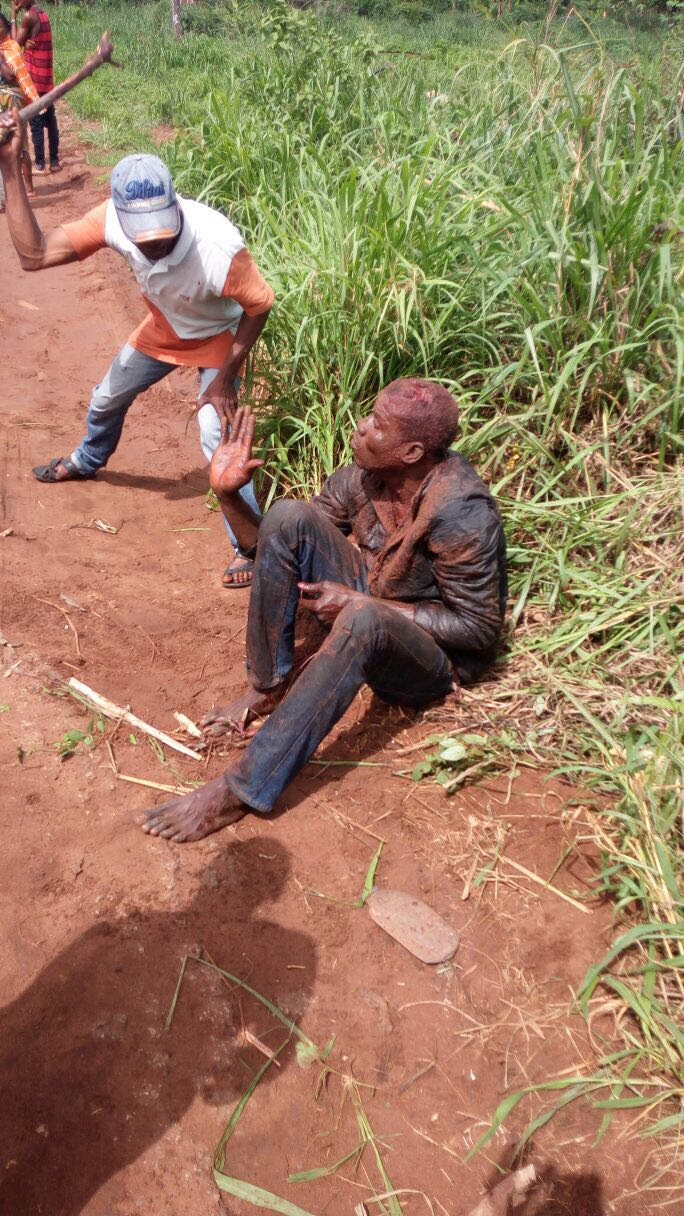 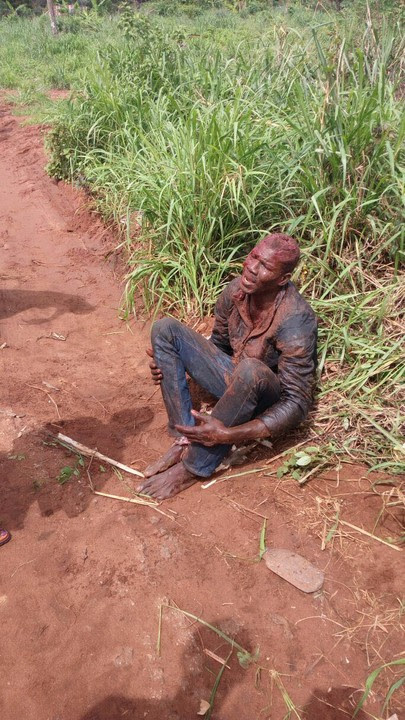 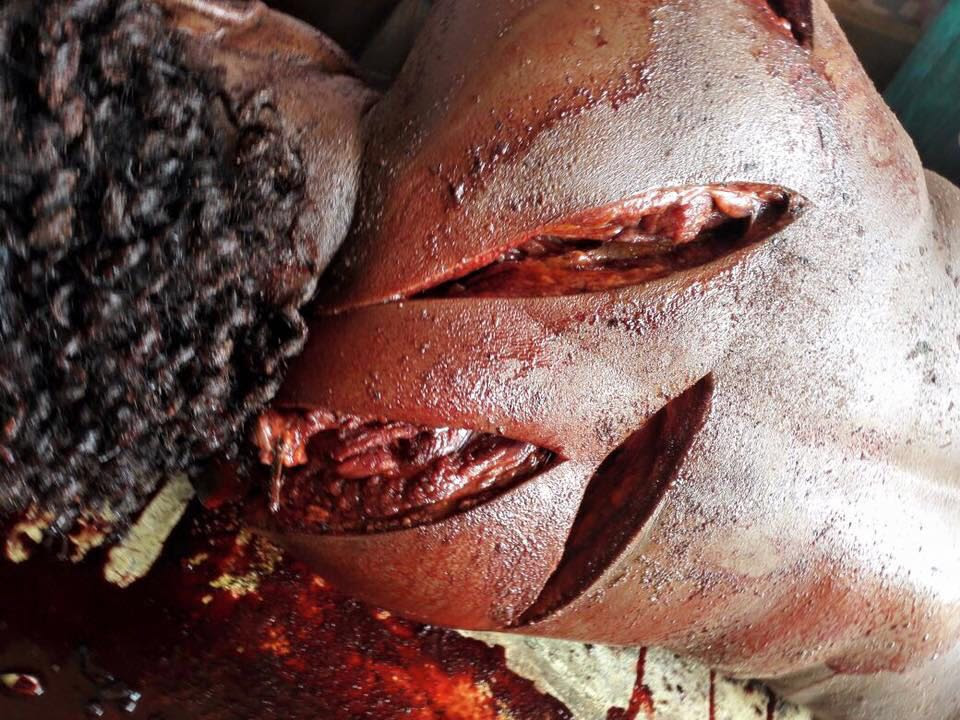 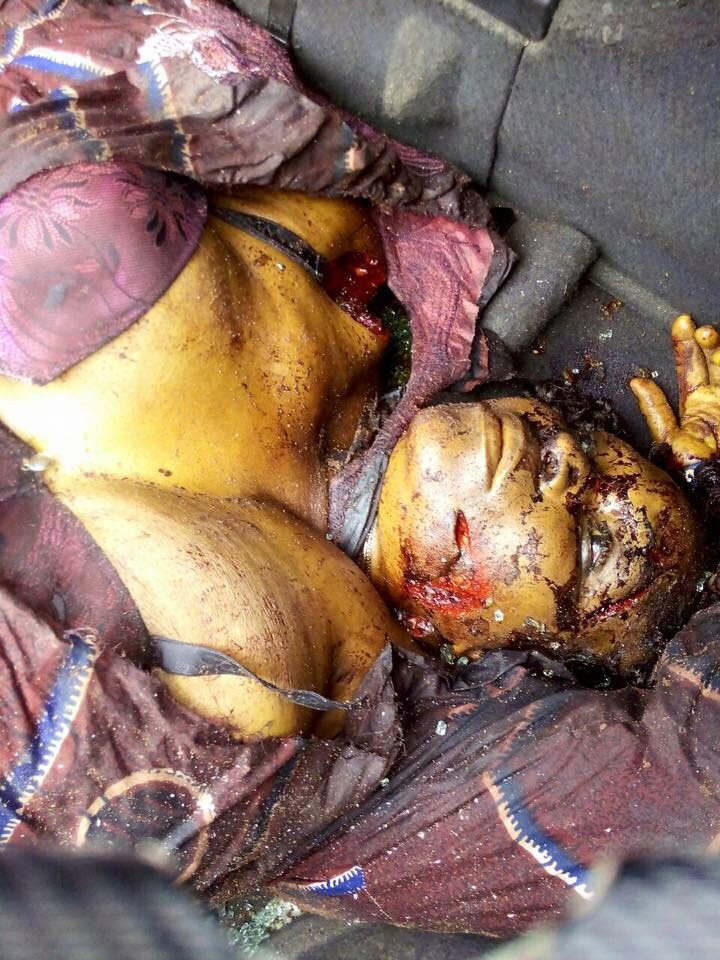 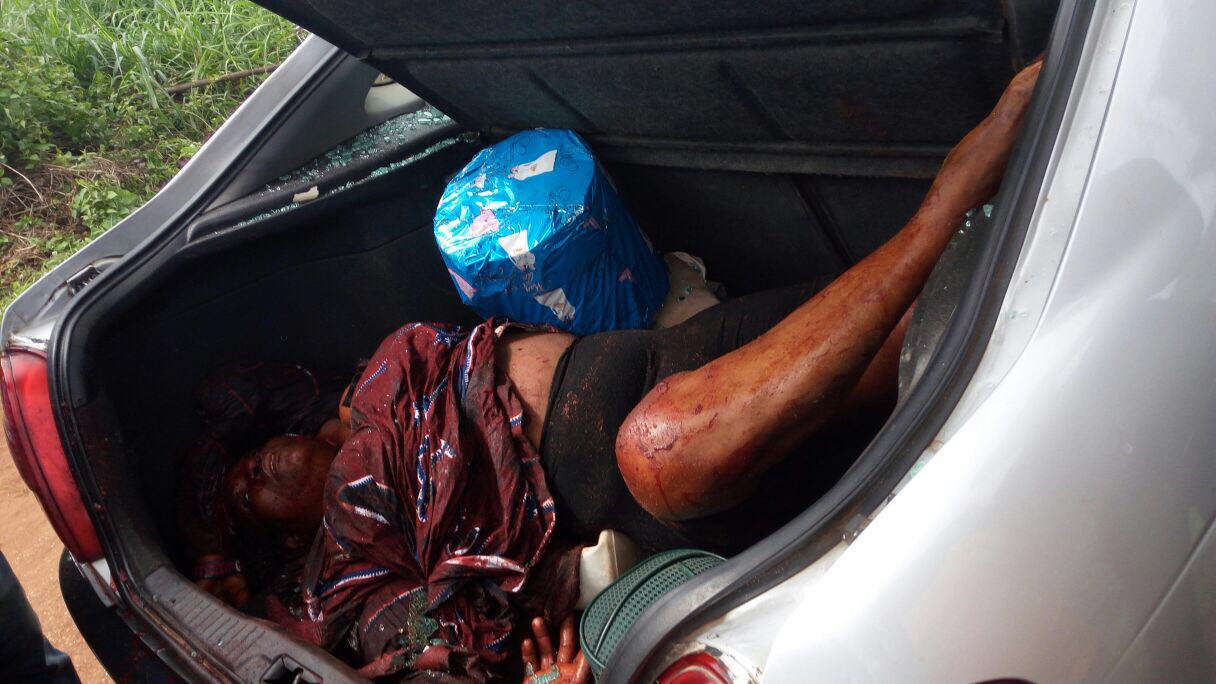 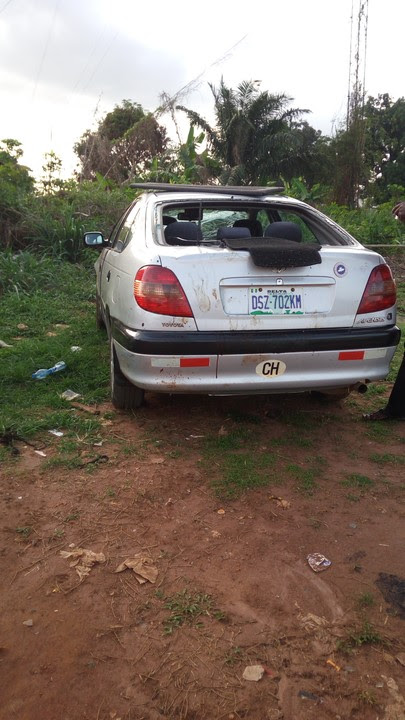