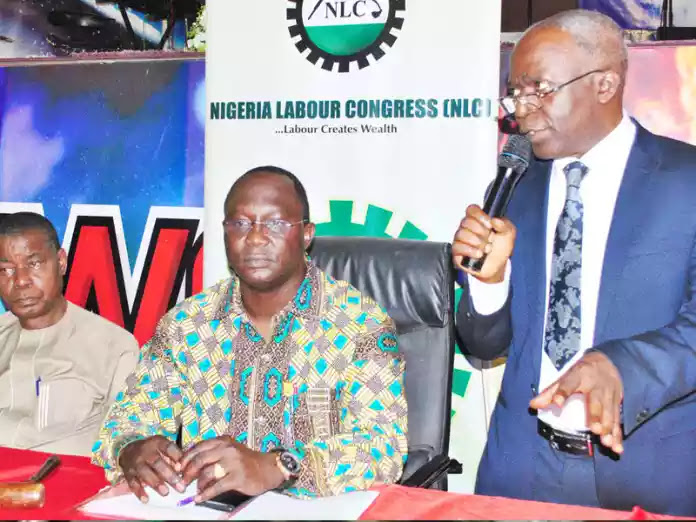 In response to public outcry against the excruciating pain faced by Nigerians, the Nigeria Labour Congress (NLC) is to declare a one-day nationwide strike against the insistence by the federal government to go on with the electricity tariff hike, ongoing fuel scarcity and current economic hardship Nigerians are facing under President Muhammadu Buhari’s administration.


Declaring open the Central Working Committee (CWC) meeting of the NLC, the President, Comrade Ayuba Wabba, accused the Buhari-led All Progressives Congress (APC) government of failing in several fronts in its promises to the people.

The union said it will also protest against anti-labour laws about to be enacted by the Kaduna State governor, Ahmed El Rufai.

He lambasted the double-speak of the Minister of State for Petroleum Resources Dr Ibe Kachikwu, saying that, “today he says fuel scarcity will end in May, tomorrow, he says he’s not a magician. Somebody is supervising himself because there’s no NNPC board.”

Speaking on the flagrant abuse of court order on the charge to government to return back to old electricity tariff, Wabba explained that government cannot arbitrarily disobey such orders without opposition from labour.

“The point must be made that obedience to the rule of law by all citizens but more particularly those who publicly take the oath of office to protect and preserve the Constitution is desideratum to good governance and respect for the rule of law. In a constitutional democratic society like ours, this is meant to be a norm.”