NYSC To Deploy Doctors, Pharmacists, Others To IDPs Camps – DG 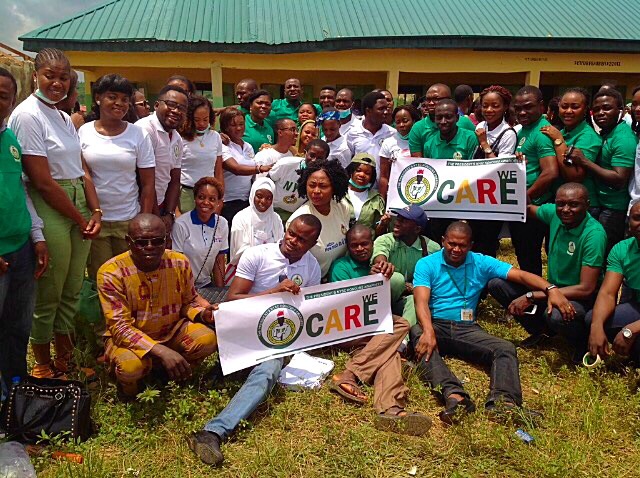 The Director General of NYSC, Brig-Gen. Sule Kazaure, made this known Thursday while flagging-off the NYSC intervention programme at Damare IDPs camp in Yola. Kazaure said that the deployment of NYSC to the camps was part of the scheme’s contribution to government’s efforts in assisting the IDPs.


“This programme, which is designed to bring succour to the inmates in this centre, is also intended to compliment government’s efforts towards provision of the welfare needs of members of IDPs nationwide.

“The scheme, therefore, will deploy the services of corps professionals such as medical doctors, nurses, pharmacist, etc to the centre to assist Federal Government in the provision of medical and other sundry needs of the IDPs.

Kazaure also said that the scheme would use the opportunity provided by the programme to distribute food items and other materials to the IDPs.

He said that the flag-off of the intervention programme was his major official assignment outside Abuja and this was an indication of the importance the NYSC attached to the plight of the IDPs. Kazaure urged other wealthy Nigerians and corporate organisations to assist government in rehabilitating IDPs in the country.

He commended the military, NEMA, Red Cross, NGOs and various faith based organisations for their contributions to welfare of IDPs. “I want to thank you all, especially, the corps members who despite all odds are currently serving in the state,”

Kazaure said. The leader of IDPs in Damare camp, Mallam Modu Gana, lauded the intervention programme of the NYSC which he said was timely.

Gov. Muhammadu Jibrilla of Adamawa and the State Coordinator of NEMA, Sa’ad Bello, also lauded NYSC for the gesture, which they said, reflected one of the objectives of the scheme.