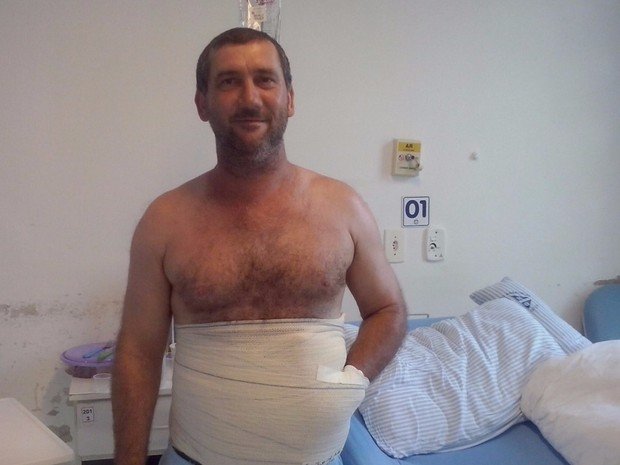 Doctors were actually trying to save Carlos Mariotti’s hand after he injured it in a production machine at work near his home in Orleans, Brazil. Surgeons placed his left hand, which had two fingers missing, in his abdomen and kept it held down with a piece of skin. ‘When I woke up from the operation I didn’t know whether it was still there,’ Mr Mariotti said. ‘I couldn’t believe it when they said they had tucked my hand inside me.’ 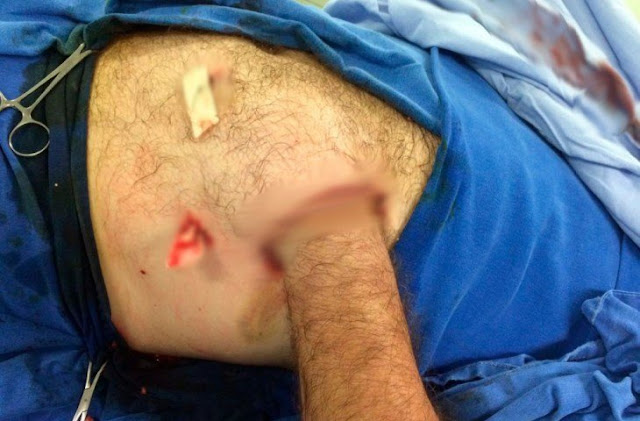 Surgeon Boris Brandao said it was important his patient kept his hand there for at least six weeks. ‘Mr Marriotti suffered a de-gloving injury which left him with very little skin on the palm and back of his hand, exposing the bones and tendons inside,’ he added.

'This was a very large and delicate injury and the only place we could fit the whole hand was in the abdomen. Without this procedure, there would be a high risk of infection and the tissue and tendons would rot away.’ Mr Mariotti is recuperating at Santa Otília Hospital.