A Child Kidnapper Caught At Owode Ajegunle in Lagos (PHOTOS) 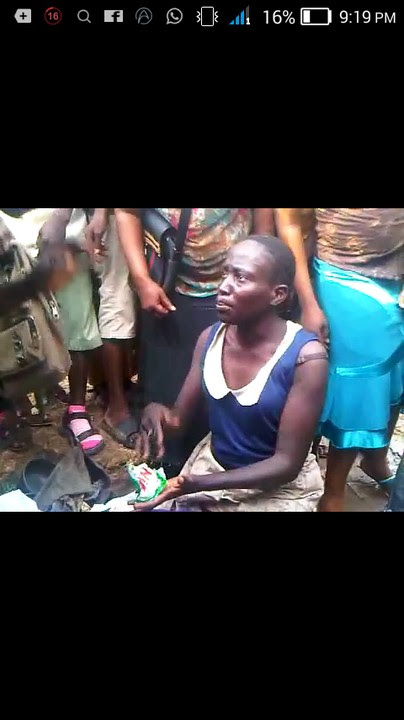 A woman who was trying to make way with two school children was yesterday caught at the Owode Ajegunle area of Ikorodu, Lagos where five children have reportedly gone missing in the past five months.

A woman who saw her identified one of the children she was carrying, she suspected a foul play and immediately called the child's mother who said she has been searching for the child, prompting her to Immediately alert people in the community.

The kidnapper confessed to selling each child to her buyers for the sum of 50,000 Naira. She was stripped and mobbed but luckily rescued by the police.

More photos after the cut.... 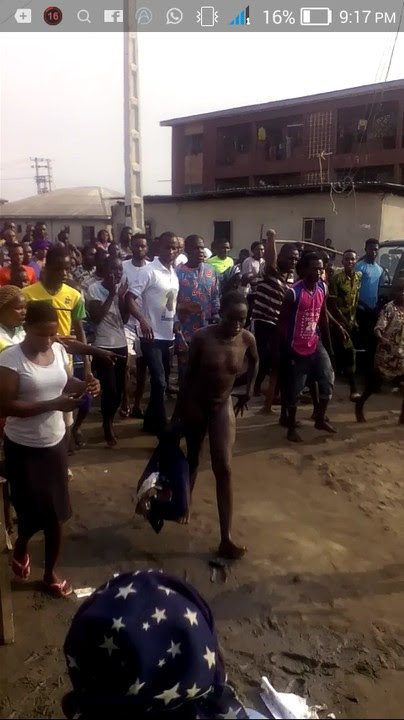 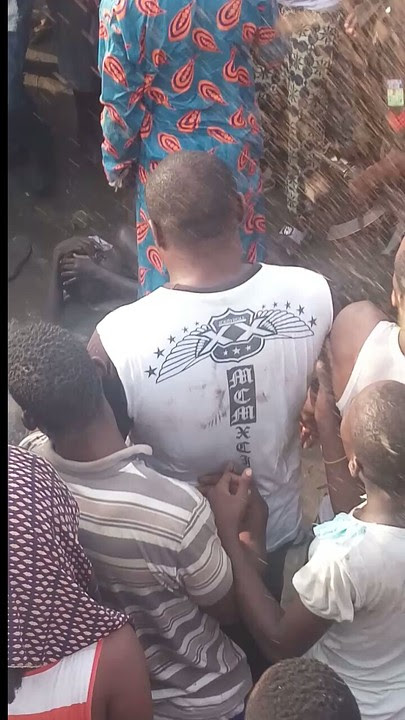 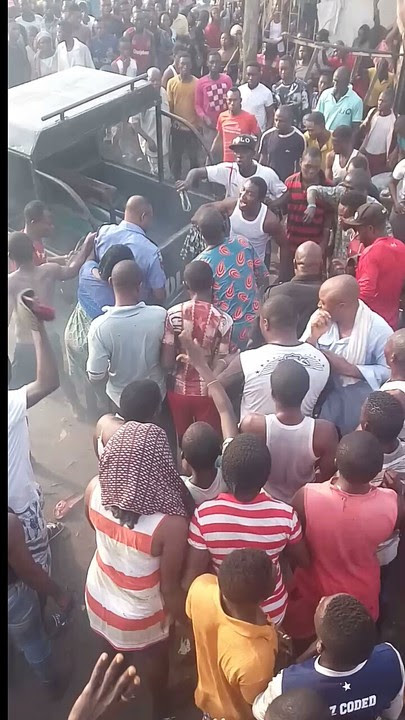 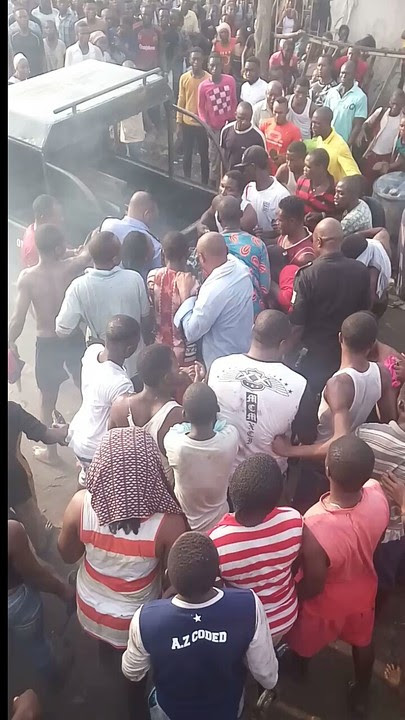