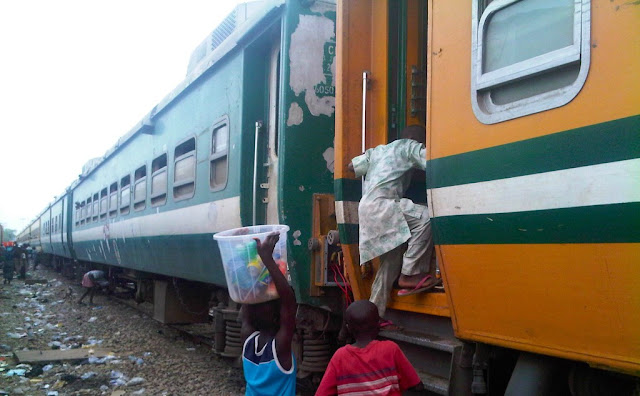 A passenger train that departed Lagos for Kano derailed at Jebba in the early hours of Saturday, leaving at least two dead and many passengers injured.

The train left Lagos at 12:00 noon on Friday with dozens of passengers and consignments, a survivor said. The survivor who spoke with PREMIUM TIMES on Saturday afternoon said the crash occurred after the train suffered brake failure at Jebba Train Station shortly after 7 a.m.


The survivor, who asked that his identity be protected, said the accident claimed at least four lives with undetermined number of injured commuters currently undergoing treatment at various emergency facilities in the town. “The train left Lagos yesterday and crashed in Jebba this morning around 7 a.m. as it was trying to stop for those of us coming to Jebba,” the survivor said. “It was due to brakes failure.”

Officials of the Federal Road Safety Commission, FRSC, who responded to the emergency said two persons were confirmed dead after detached coaches from the train fell on passengers...................... Bisi Kazeem, FRSC’s Head of Media Relations, told PREMIUM TIMES the train was conveying goods to Kano, but had few passengers on-board.

“The accident occurred this morning near Jebba Paper Mill and we can confirm that two people, unfortunately, lost their lives and three people were injured,” Mr. Kazeem said. “The train is used more as a cargo train, but it had some travellers inside.”

Mr. Kazeem further stated that road safety officials and police worked together to rescue trapped passengers and evacuate the injured to the hospital.

“With the support of the police, we were able to get those who were trapped out alive and took those who survived injuries to the hospital.”
on May 08, 2016