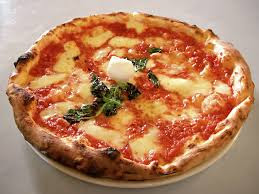 A video surfaced on Instagram, on Saturday, showing 20-year-old food service employee, Jaylon Kerley, spitting on a pizza intended for customers at Comerica Park for the Tigers' game against the Kansas City Royals Friday night in the U.S.

"Given the unique nature of the charges and the seriousness of the allegations, particularly as it relates to the public health, Kerley must make himself available or be subject to mandatory testing for infectious diseases, including a Hepatitis panel," the judge said at Kerley's arraignment Tuesday.

Fellow employee Quinnel May, who took the video of Kerley, told WDIV that Kerley "was angry because the supervisor kept yelling at him."

According to May, he tried to report the incident to his higher-ups, but instead, he was ordered to leave the stadium and threatened with prosecution if he didn't remove the post from Instagram. "Every time I tried to talk, they told me to shut up," May told WXYZ.
on September 26, 2018